– how to play Uno Spin

On this page, you will find the Uno Spins rules and everything else you need to know to play this exciting game.

If you love Uno, here’s a version with a cool twist, or should we say spin for you!

Uno Spin works just like regular Uno, but you will play with a special wheel and unique Spin cards that call for using this Uno wheel. On the wheel are additional actions that will influence the game’s development in many exciting ways, which make the game even more fun. 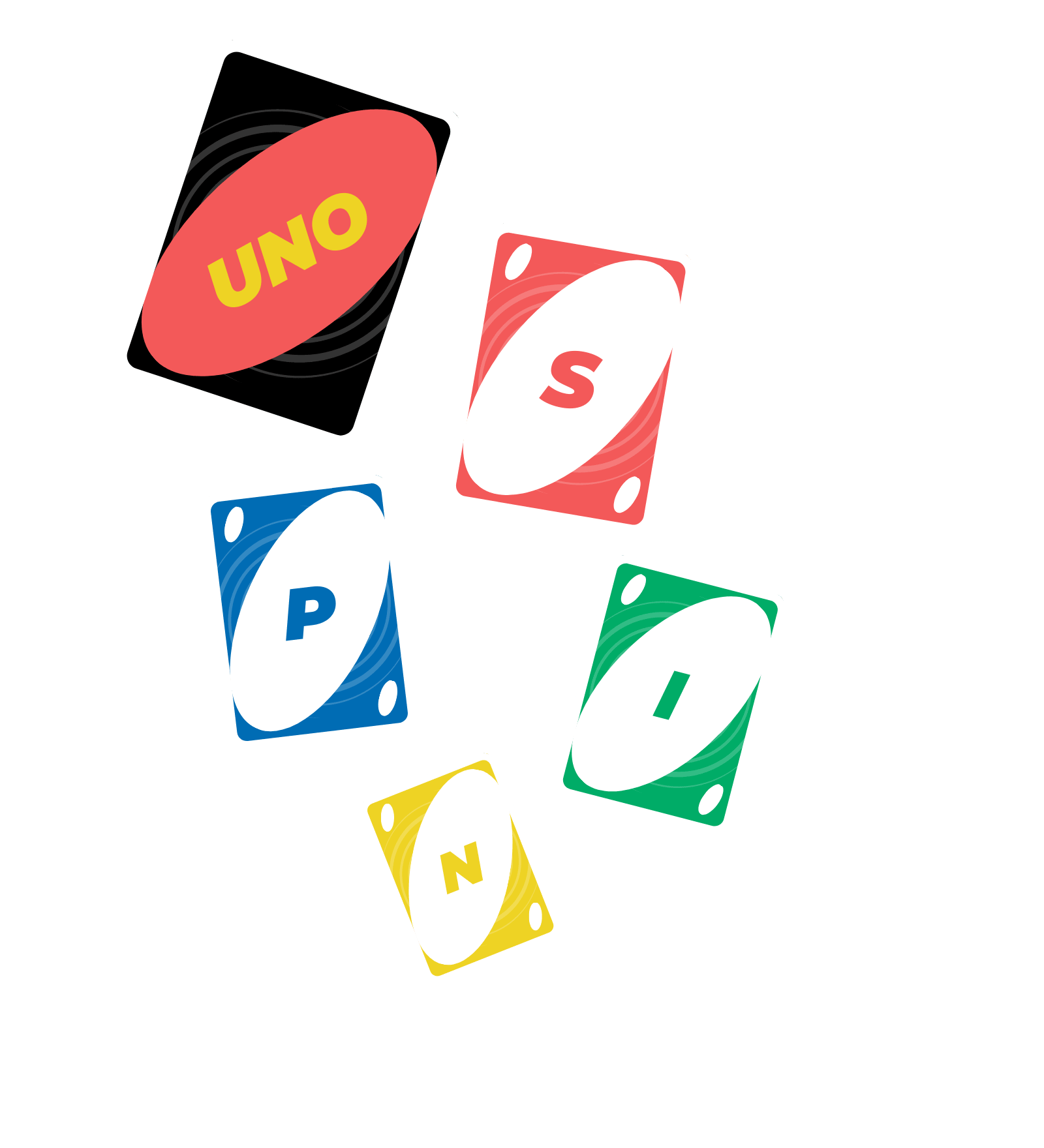 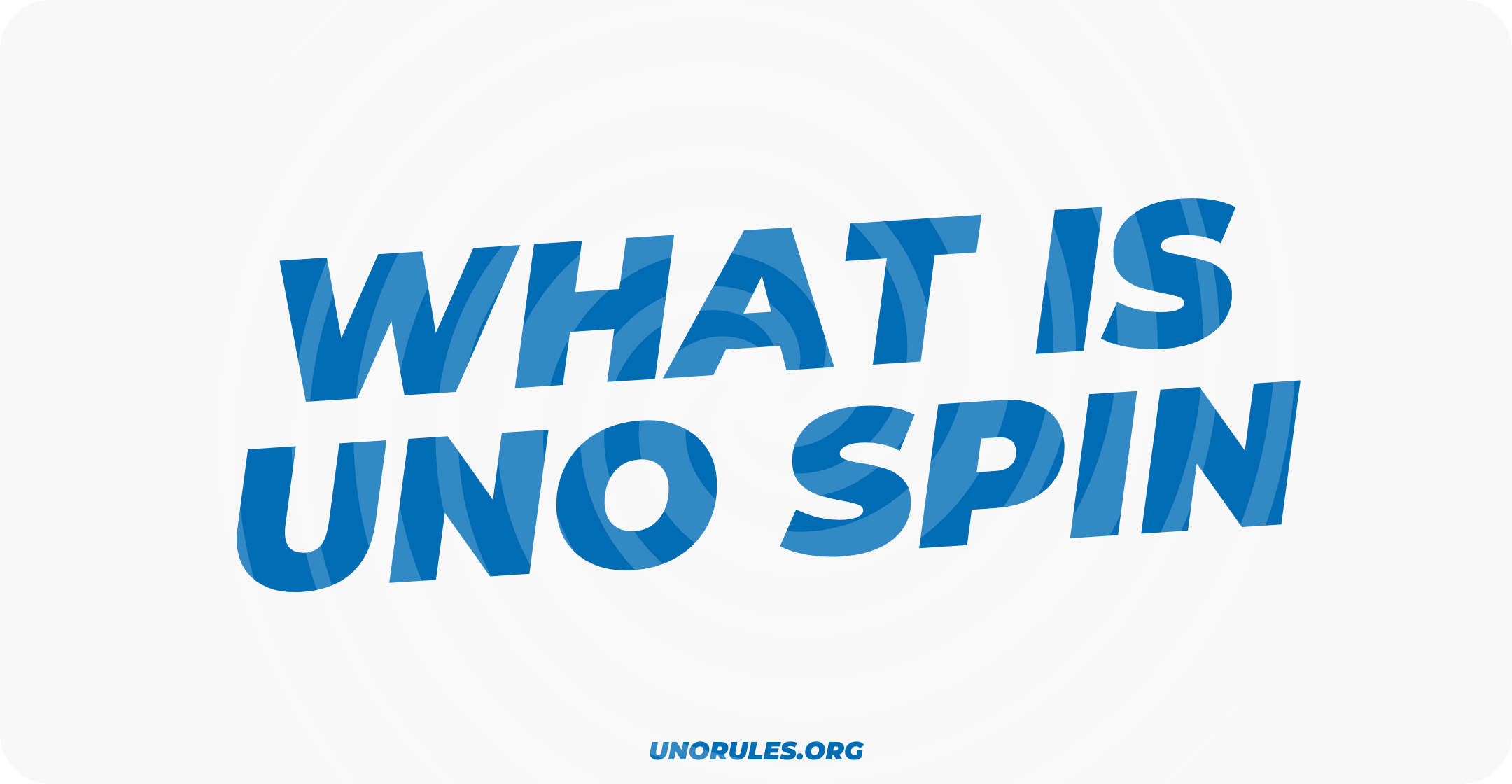 What is Uno Spin?

To play Uno Spin, you need to get the special set up with deck and wheel. This is necessary to play with the special actions that are only found on the wheel. The Uno Spin rules are pretty much the same as for regular Uno.

However, in this game, you have 5 Spin cards from each color. When these are placed on the discard pile, the next player must spin the wheel and follow the action that comes up. To begin with, you need to know how to play Uno, so let us quickly look at the basic Uno rules. 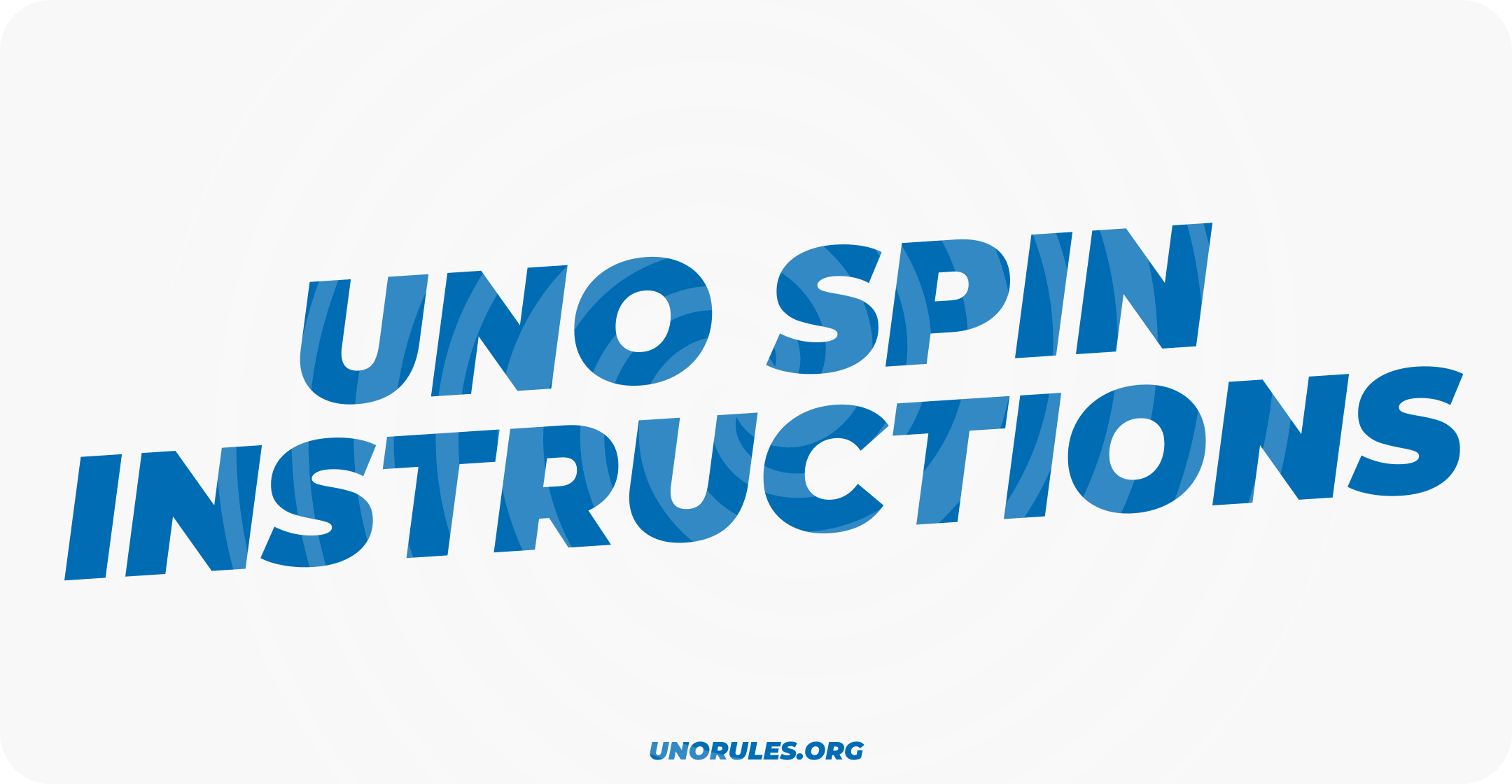 Uno Spin Rules and instructions – Start with the Uno rules

The Uno Spin rules are basically the same as the regular Uno rules but with an extra layer. Before we dive in into the specific Uno Spin rules let us quickly explore the basics of Uno.

You will play as many rounds as needed for one player to collect 500 points. The first one to 500 points is the winner. Points are gathered from the other players’ hands at the end of each round. Now we can move on to the special Uno Spin rules. 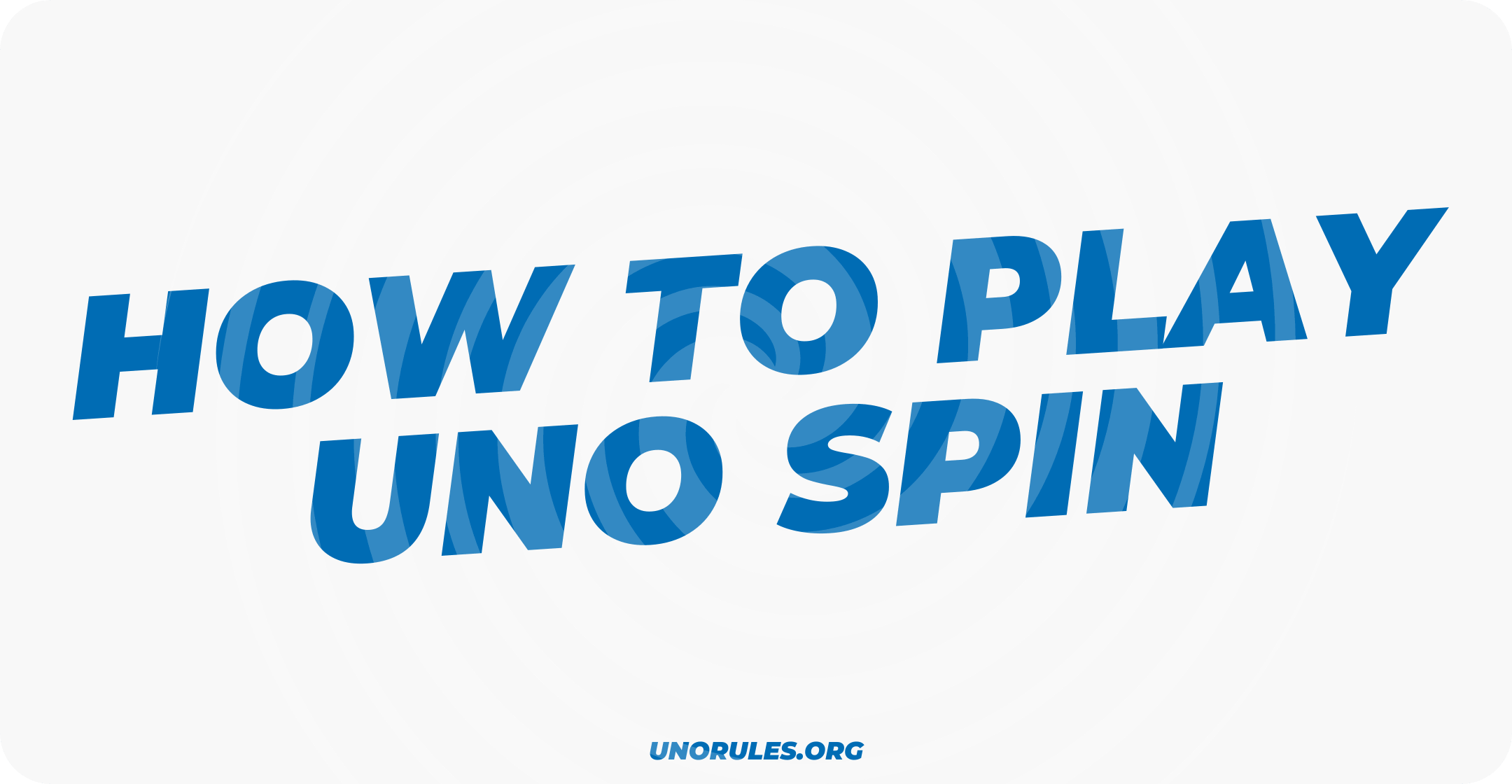 How to play Uno Spin – What are the Uno Spin Rules?

To start an Uno Spin game, you need to place the wheel on the table and then deal 7 cards to each player. With the remaining cards, you create the draw pile, which is placed on one side of the arrow. On the other side of the arrow, you start building the discard pile by flipping the top card of the draw pile open.

Make sure to have the wheel reference card in a handy place. You might need it to remember what each symbol of the wheel means.

The game can begin: 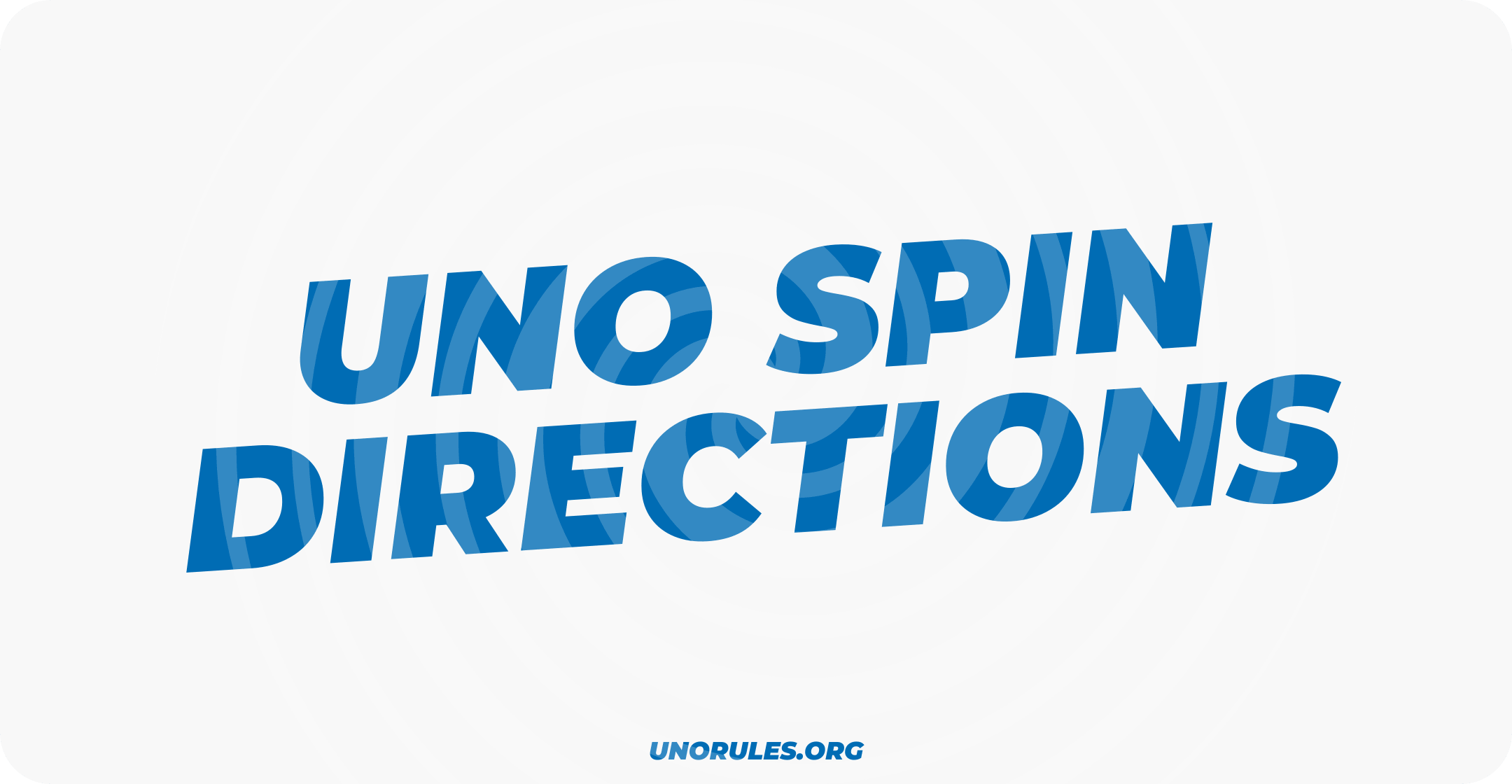 Uno Spin directions for the wheel

Uno Spin games are all about the Uno Spin cards because these will start the action and the fun. So, let’s have a look at the Uno Spin wheel and the actions the arrow can land on. 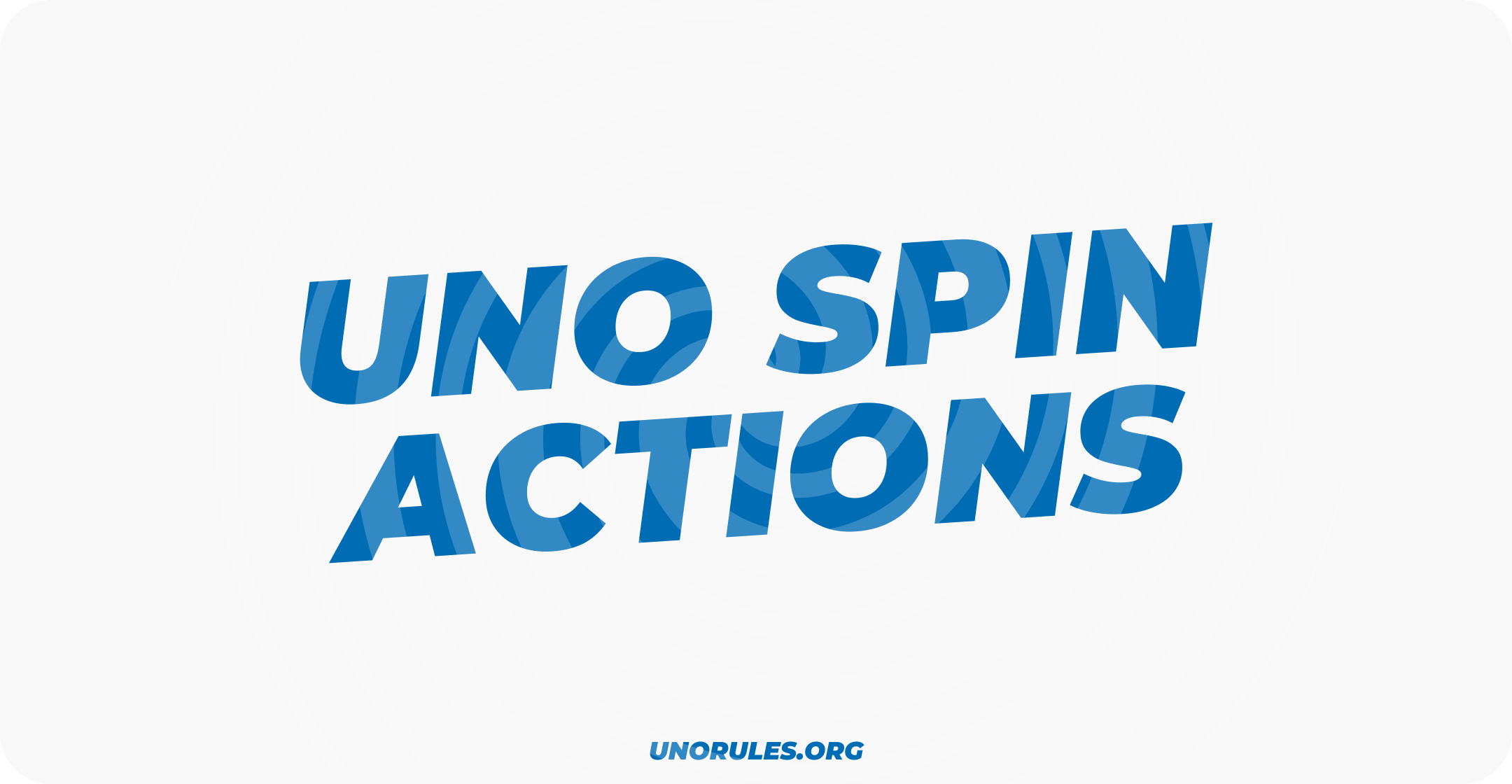 The first player to shout “Uno Spin” gets to discard one card from their hand.

Here you get to discard as many cards of one number as you can and want to get rid of. Perhaps go for higher numbers if you see that another player is about to win the game. That would limit the points the player will score from your hand.

When the arrow points to the action for discarding color, you pick any number of cards of the same color from your hand as you want to get rid of.

If the arrow points to this action, you need to discard all of the cards on your hand except for 2 cards. Now, you have almost reached Uno. If you can discard one of the cards by the next round, it is time to shout Uno and then hopefully win the game.

If you get the action Draw red, you have to draw cards from the draw pile until you hit red. A Wild card will also work since this card lets you decide on the color.

This is the same action as Draw red, only you need to draw cards from the draw pile till you hit a blue card or a Wild card.

This action means that all players in the game have to trade hands. This is done by each player passing their hand to the player sitting to their left. If you are given a hand with only one card, you must yell Uno. If you forget to do so, you must draw 2 new cards from the draw pile.

If you get this action on the wheel, you have to show your hand to all other players. This will give your opponent an upper hand since they will know what colors and numbers you prefer on the discard pile.

The War action on the wheel demands that each player selects the highest numbered card on their hand and places it on the table. It can be a card of any color. The player with the highest number discards that card. The other players return their cards to their hands.

If there is a tie between players, the tied players will show their second-highest number on hand. This continues till there is one winner of the war. That winner will discard his cards on the discard pile. Other players return their cards to their hands.

After a war, the play continues to the next player after the winner of the war. This is according to the current direction of the play. 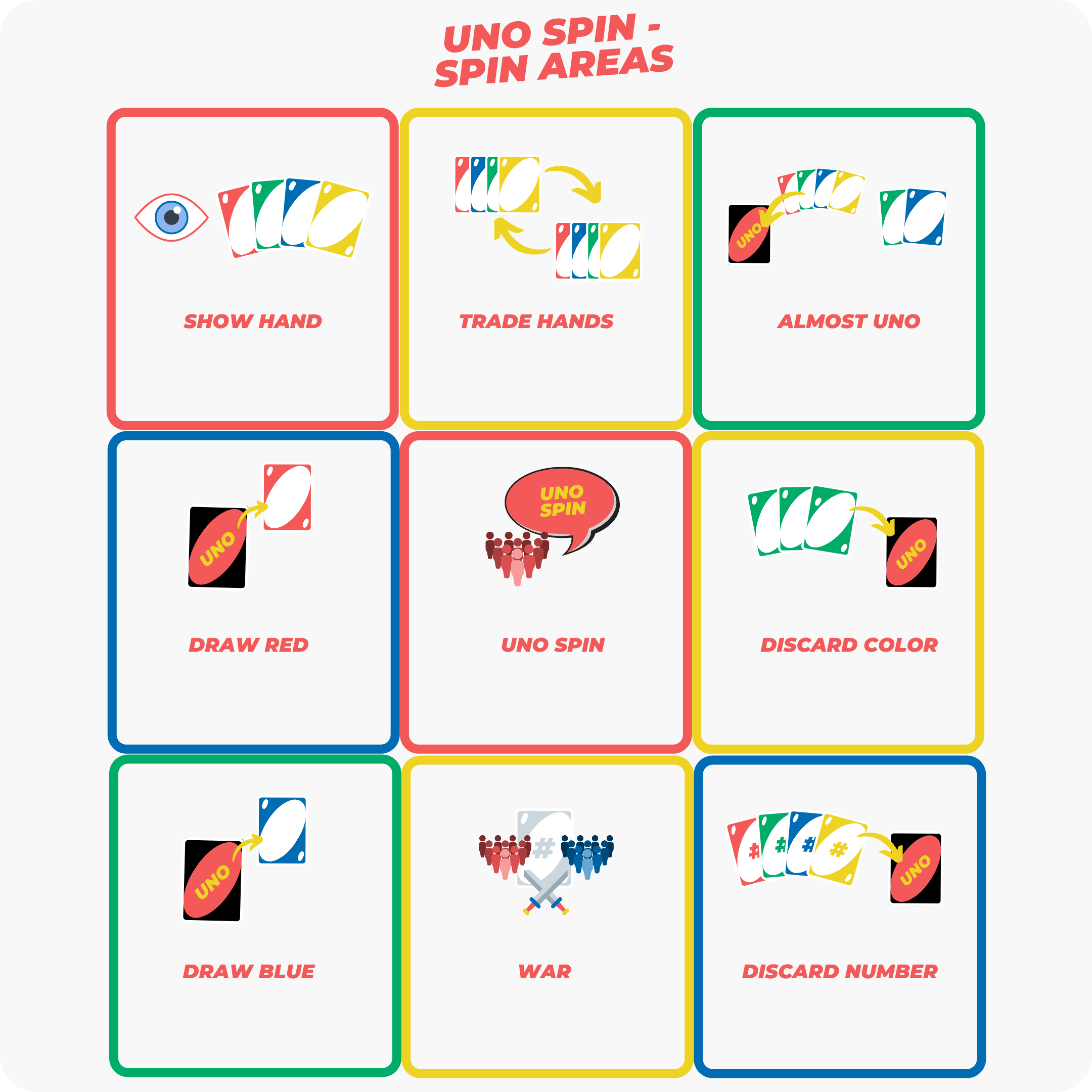 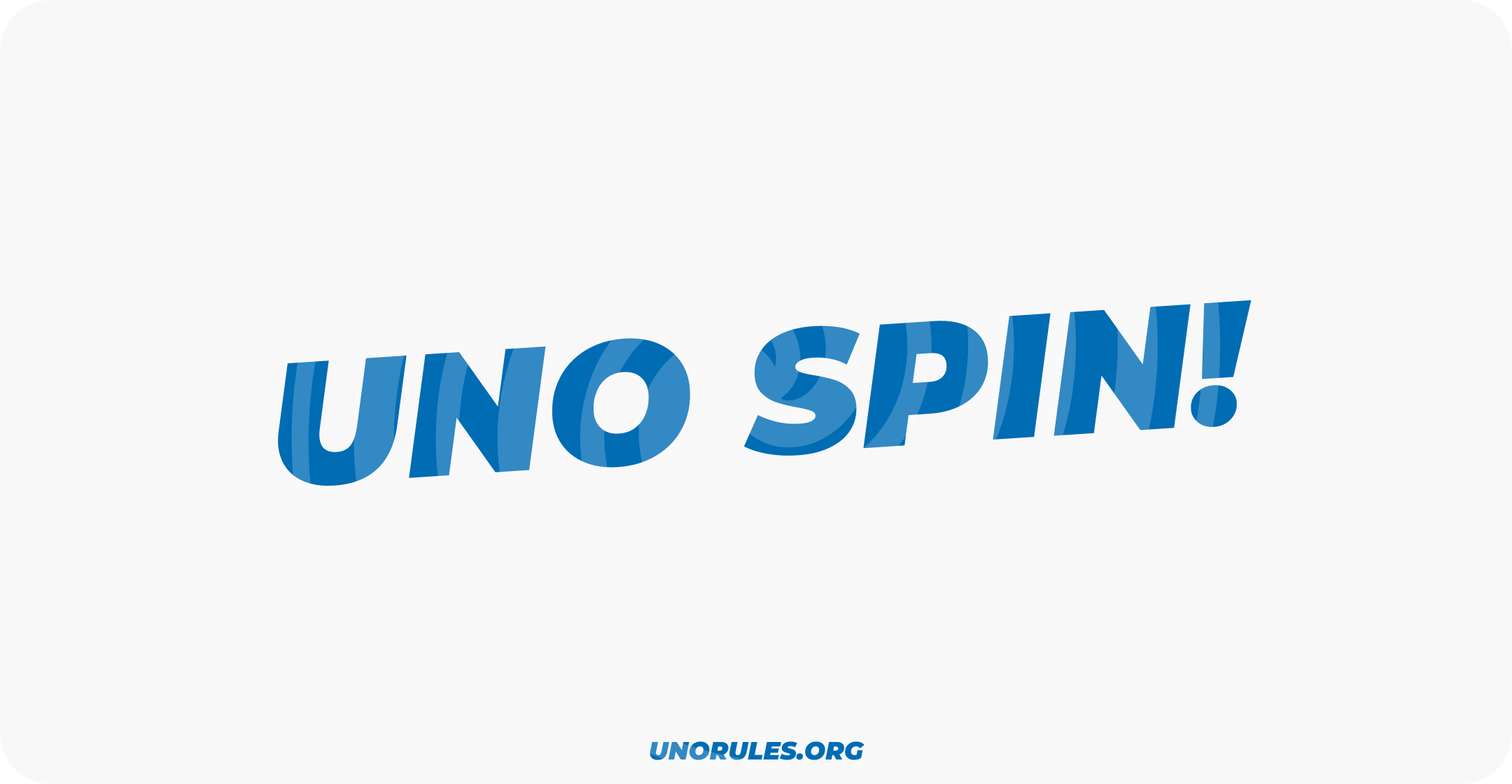 When the wheel stops at Uno Spin, you must hurry to yell Uno Spin! The first player to yell Uno Spin gets to discard a card of choice from their hand. After this, play continues to the next player after the player that won the Uno Spin challenge. 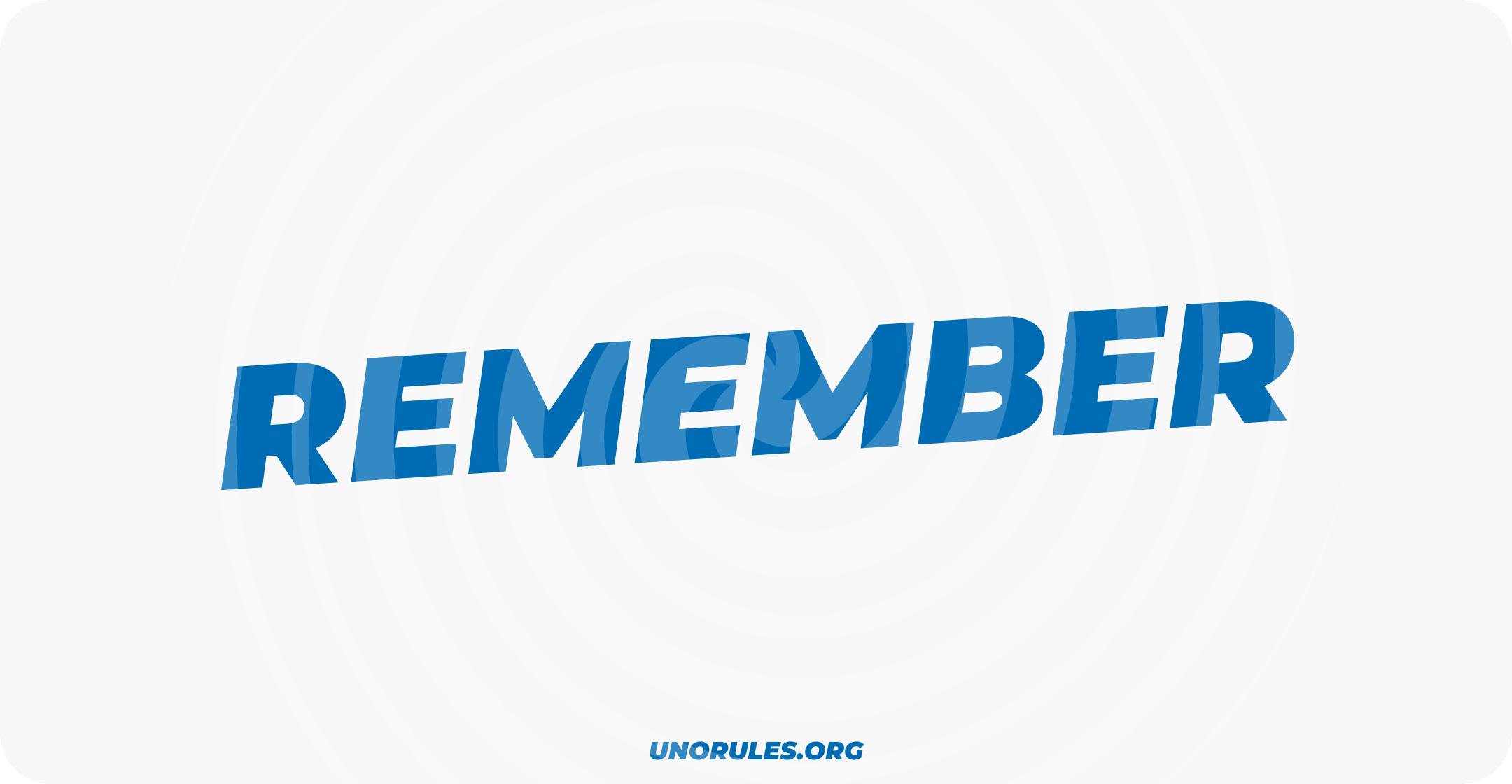 A few points to remember

If the wheel causes you to discard all of your cards, you get to decide which Uno Spin card you will place on top. This means that you can be more specific with what will happen to the next player’s turn. Remember that you still have the regular action cards like Skip, Reverse, and Wild. 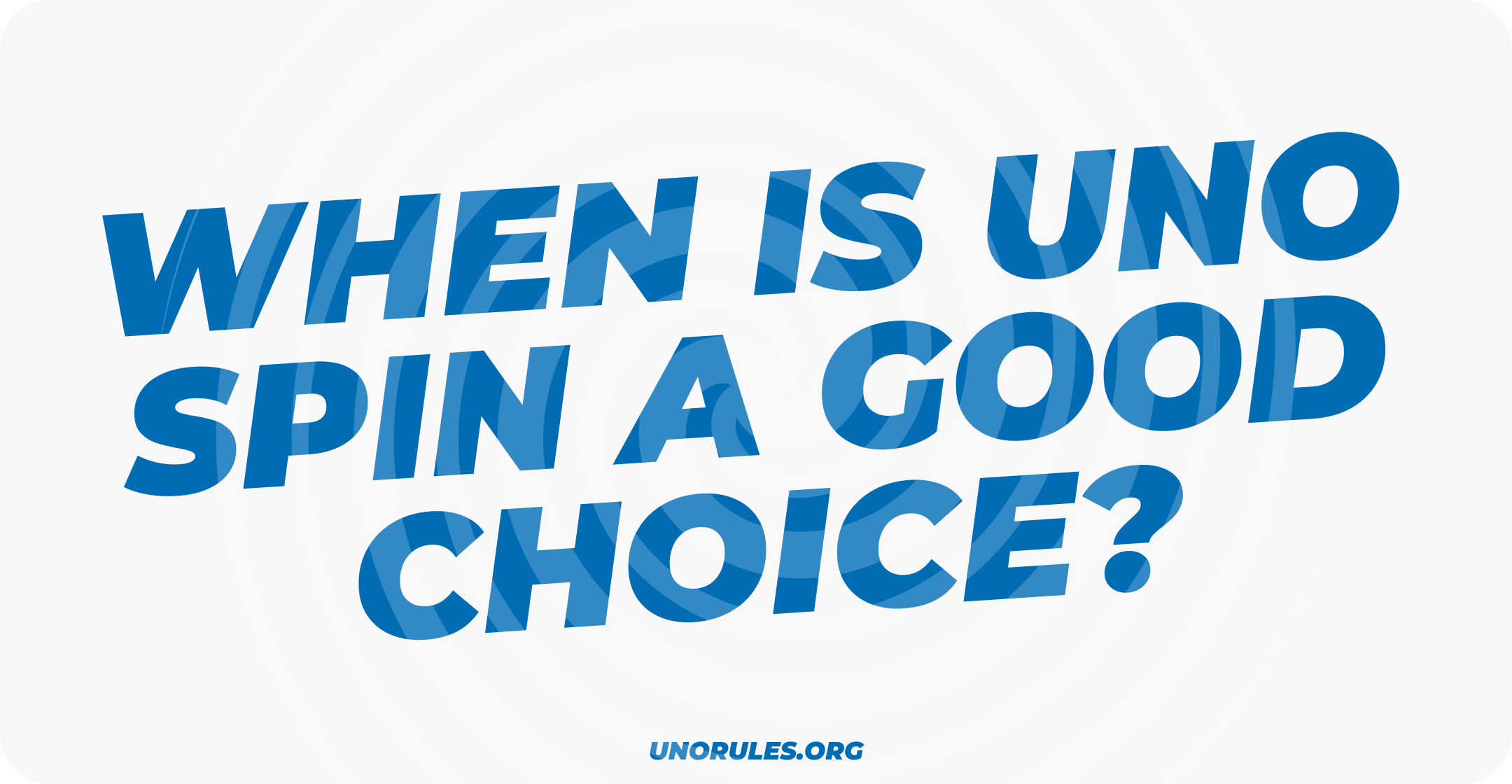 When is Uno Spin a good choice?

The Uno Spin game is an excellent choice for 2 to 10 players. It is recommended from 7 years old and up. Since the game fits adults as well as children, it is the perfect family game. Bring out the Uno when: 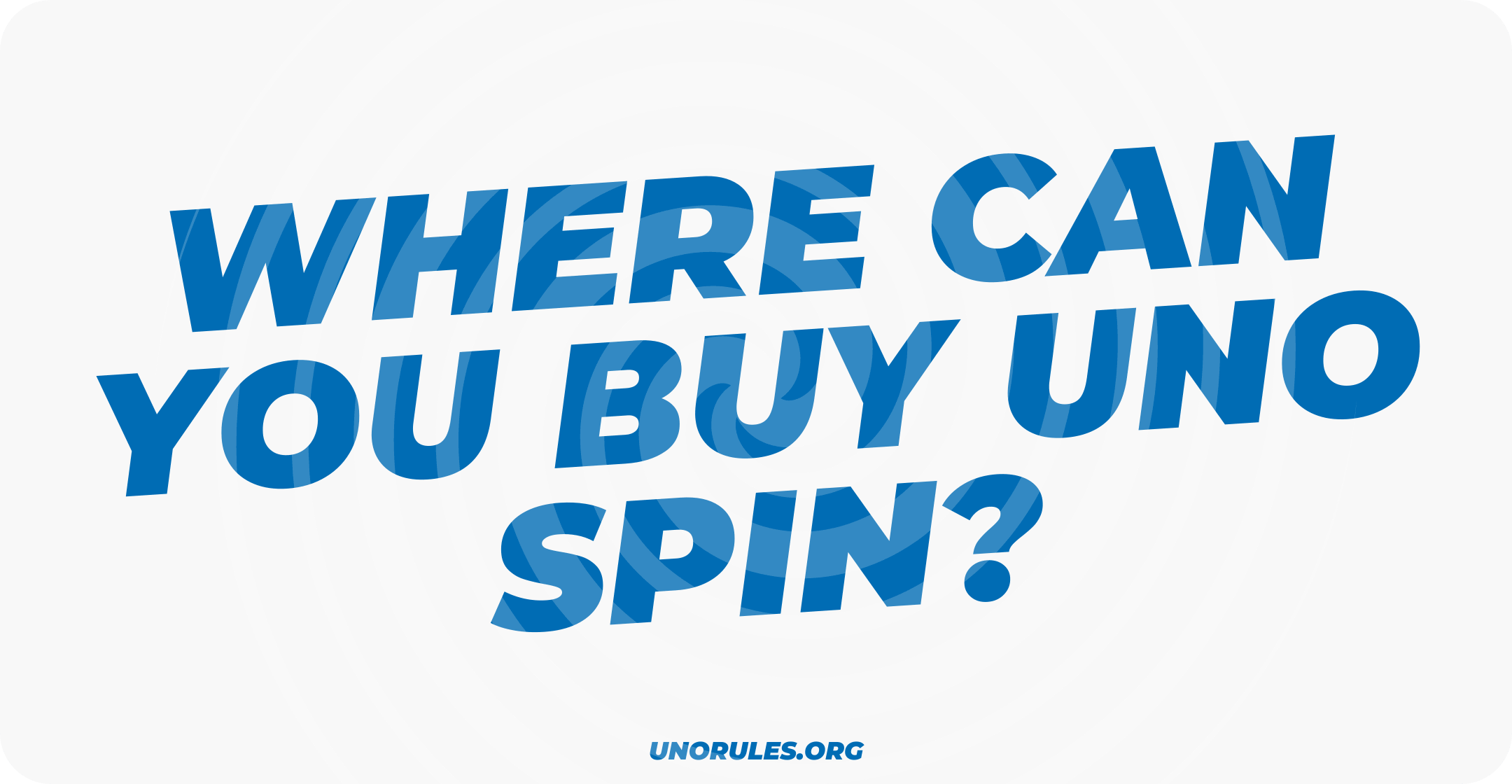 Where can you buy Uno Spin?

You will find Uno Spin games in online stores. You can play Uno Spin online, but this game works the best as a traditional board game. It costs a lot more than a regular Uno card deck, but it includes much more action.

If you need Uno Spin replacement cards, you might have to search online for them. Perhaps have a look at someone putting out Uno Spin for sale to get the parts that you are missing. Regular toy stores should also have Uno Spin games, but their prices might not be able to compete with the ones you get online.

If choosing between a used Uno Spin game and a new one, it might be wiser to get the new one in the best condition. Uno Spin games tend to get worn by time as you will play them a lot. Take care to store your Uno Spin game well so as not to lose any of the pieces.